7 Types Of People You Should Avoid Dating At All Costs

Dating is a trial and error process. A “numbers game” so to speak. One of the only ways to determine what type of person you really want to be with, is to be with people who aren’t completely right for you.

But, there are ways to avoid unnecessary heartache and skip over the wrong types of people in a better attempt to find the right one.

Here are seven types of people to avoid dating.

While this one should be obvious, often times the “control freak” type can be disguised in the beginning of a relationship as someone who just, pays a lot of attention.

Eventually, though, you will begin to feel a little more closed-in and unable to make your own decisions. Additionally, the decisions you do make could feel judged or looked down upon. This is in an effort to mold you into the person he/she wants you to be in order to obtain a role of “power” in the relationship.

Relationships aren’t about power or control – they are about cooperation and collaboration. For this reason, a man or woman who is a control freak is unable to build a healthy relationship with an equal and should be avoided.

Dating an eternal pessimist is akin to trying to go for a swim with an anchor tied to your ankle. There is a difference between two people balancing each other out, and one who drags another down emotionally.

To try to build a relationship someone who is always complaining or seeing the negative side of things will be increasingly difficult over time because their attitude will begin to rub off on you (if you let it), and while you may not become as negative, you could easily stop always trying to see the silver lining of a situation because they will keep shooting you down.

If you are a naturally positive person, being with someone else who has a similar attitude will elevate your level of happiness, and anyone who does the opposite should be moved on from. 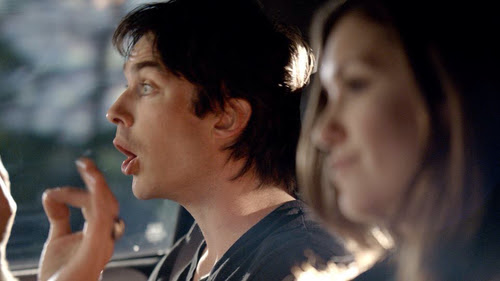 Most of you reading this probably remember Silly Putty. It was a super flexible substance that you could do whatever you wanted with. You could even pull it so hard that it separated apart, but then you could just put it back together again and continue to mold it.

Sure, it was fun to play with, but it wasn’t your significant other. Flexibility and compromise in a relationship is important, but so is having your own opinions and point of view.

Being with someone who doesn’t have their own identity and relies on you for every decision will drain you of energy, and not to mention – bore you to death. As an intelligent, independent adult – your best partner is someone with the same qualities.

4. The center of the universe.

The opposite of Silly Putty is that hardened Play-Doh stuff. Remember that stuff? When it would get hard it would have no flexibility at all – it would just stay the way it is and break apart if you tried to do anything with it.

So it goes with someone who is so self-absorbed that everything needs to revolve around them, requiring them to do essentially nothing but be catered to. We should never want to change our partner, but their willingness to be flexible and compromise is essential to ensuring the happiness of both teammates in a relationship.

Unfortunately, our society and social media have blurred the lines between people who appreciate nice things, and those who live their lives around them. I have noticed this more often lately, as people who have plenty of depth and character are judged because they choose to drive a nice car or wear nice clothes.

That being said, there are of course, still many people out there who will only look to you because of what you can provide for them. While we could just say “gold-diggers,” that term is typically applied to women and I’m keeping this article gender-neutral.

Aside from those who try to use you for what you have, there are those who will try to use what they have to “get” you. People who are always trying to impress you with their possessions probably don’t have much else to offer, and should be avoided.

The most important relationship you’ll ever have, is with yourself. If that one isn’t healthy, none of your others will be. Some people have been unable to unlock their inner happiness thus far in life, and think they are going to find it by being in a relationship.

The problem here is that this strategy always leaves us wanting, as we are searching for something externally which we can only find by looking within. People like this will never be able to be your equal partner in a relationship, as they have not yet completed discovering themselves.

Lastly, and probably most importantly, anyone who is abusive in any way whatsoever should be avoided at all costs. Some people just consider physical abuse and don’t open their perception to the emotional and mental abuse that occurs frequently in many relationships.

Never allow yourself to be consistently discouraged or torn down by someone who is supposed to love you. Your significant other should be your teammate, your confidant, and your supporter. Abusers do not change out of the blue, and if you find yourself with someone who exhibits any of these signs, you need to walk away immediately.

With billions of people in the world, it is impossible to categorize everyone – but there are certain traits we need to be cognizant of in order to maximize our chances of happiness in a relationship.

What are some other “types” of people you have learned to avoid? Let us know in the comment section below!

Click here to get my new e-book, The Modern Man’s Guide To Chivalry And Courtship!

If you enjoyed this article, please use the buttons below to share it on social media and enter your email here to be notified when new content is published!

Share this with your friends and spread the love.

2 years! Who would've thought that two years ago t

We made this little impulse purchase for the girls

A few weeks ago I decided I wasn't getting the pro

Never let the feeling of loneliness push you into

A lot of people are posting photos from gas statio

EXCLUSIVE ADVICE & OFFERS RIGHT TO YOUR INBOX (NO SPAM)